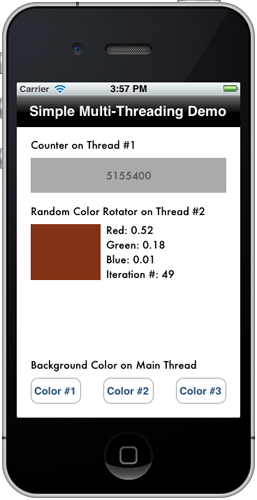 Multi-tasking prevents apps from freezing. In most programming languages, achieving this is a bit tricky, but the NSOperationQueue class in iOS makes it easy!

Here’s the goal for this tutorial: for each extra thread we want our application to create an NSInvocationOperation (NSOperation) object. We’ll add each object into the NSOperationQueue and then we’re finished. The queue takes charge of everything and the app works without freezing. To demonstrate clearly the use of the classes I mentioned above, we will create a (simple) sample project in which, apart from the main thread of the app, we will have two more threads running along with it.

Read the full tutorial on the MobileTuts+

check out my new video and learn how to add video playback capabilities to SwiftUI based apps in seconds!