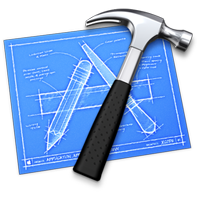 Xcode 5 is a major step forward for the Apple ecosystem, bringing more possibilities, features, and tools to developers than ever before. With Version 5, Xcode has grown into an extremely powerful IDE. Read this article to learn what’s new!

Xcode 5 is full of improvements and additions, both large and small. All of these changes provide enormous assistance to developers. Changes begin in the interface, where the updated look-and-feel style was adjusted to fit into the new iOS 7 ecosystem. Just by touring yourself around, you’ll notice a number of stylistic modifications, starting at the welcome screen.

The new additions are apparent upon using Xcode, and once you work with it for a while, you’ll discover that in this version Apple targets two major points. The first goal is to relieve developers from various configuration tasks regarding their applications. The other objective it to elevate debugging and testing to a whole new level and provide developers with useful tools that make these tasks easier and more effective.

Read the full tutorial on the MobileTuts+